Cinema in the palm of your hand

Living on the cutting edge of technology and software development, Mobile Moviegoing puts everything together in a visually pleasing and guest focused branded experience. Moviegoers interact and engage with their favorite cinemas; It is a fact, engaged moviegoers return far greater ROI to exhibitors!

We are the industry’s full stack solution and we truly put cinema in the palm of your hand!

Our online ticketing engine is fully connected and accessible 24 X 7.

The F&B module makes it simple and easy to add concession items to an order.

We make it easy for your guest to send and receive your branded virtual gift cards.

Guests can take advantage of earning reward points for purchases on your website or app.

The industry’s first and only in-app digital currency for purchasing and transfer.

Already have a website and/or app but are unhappy with the feature set or performance?

All of our websites and mobile apps are WCAG v2.1 Compliant.

Manage content pages as well as all aspects of your F&B / Concessions operation.

ALL WITHIN THE PLATFORM ON YOUR WEBSITE AND MOBILE APP!

CINECA$H™ is the industry’s first and only in-app digital currency allowing users to instantly purchase tickets, concessions, and even transfer CINECA$H™ between family and friends!

When your guests use their CINECA$H™ balance to fund transactions with your theatres, not only are you providing them with a faster and easier checkout experience, but, you are also saving money on the back end by reducing merchant transaction and processing fees.

The CINECA$H™ backbone also powers our state-of-the-art eGiftCard solution. Your guests can send virtual gift cards to friends and loved ones, growing your user base and bank account as a result! 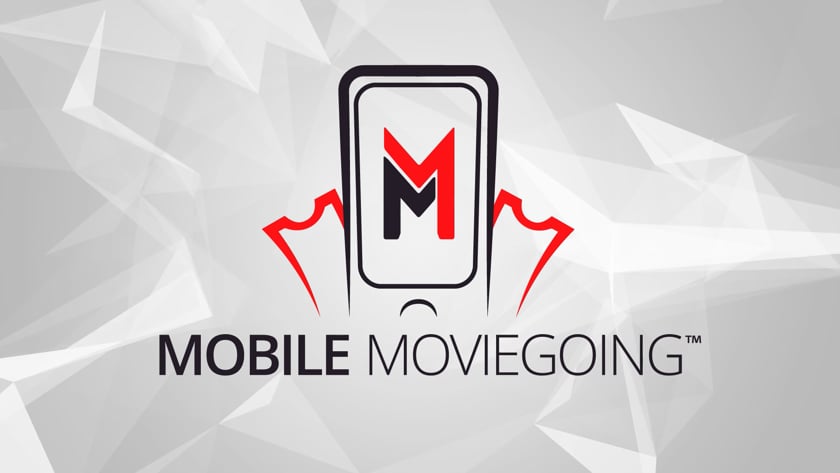 What The Industry Is Saying

A rare silver lining from the pandemic shutdown as we all begin to re- emerge.

Mobile Moviegoing’s recently developed “Mobile App” is just the app perhaps many of us need as we all work to build back our business, our customer bases, and movie going enthusiasm overall.

Contactless, dependable, fast- this could be an important accelerant for our industry as we reclaim our rightful crown as entertainment and customer service leaders!

Mobile Moviegoing is a game changer for exhibition!

This app allows for easy navigation, fast transactions, gift card purchases, film info, and instant transferring of cash using CINECA$H™.  It is great to use and makes the movie going experience great before you even get to the theatre.  Well done!

This Mobile Moviegoing App has been a lifesaver!  The in-app ticketing is really quick and smooth, so much so, we even use it for onsite ticketing!  We love the virtual gift cards and CineCA$H™, we can see our ROI growing!  The service provided by Mobile Moviegoing has been both prompt and exemplary!  If you are thinking of an app for your theatre, I can recommend Mobile Moviegoing and their "do it all" app!

With more than 40 years of combined exhibition and software experience, Corey’s commitment to the industry he loves and grew up in is unsurpassed. As the founder and CEO of BeforeTheMovie®, Corey has spent the last 13 years working with exhibitors throughout the US and beyond. Corey works with more than 150 exhibitor partners spanning nearly 1,100 screens, in more than 30 states. The pre-show plays to some 30 million viewers annually and generates much needed revenue for the exhibitor partners he serves. Throughout his exhibition career, Corey has worked in many positions including projectionist, manager, general manager, and served as Vice President of a circuit with more than 100 screens. He has owned and operated his own theatres in the past and he holds stock in movie theatres in California today and he is an accredited investor. He has owned and served in executive level management rolls at various software companies in CA, NY, NJ, and WA.

Corey believes people should give back to the communities they serve. He has served on many boards including the Northbay Healthcare Foundation Board and he remains involved with several charities including the Solano County Junior Golf Committee, Northbay Healthcare Hospice and Bereavement Program, Will Rogers Institute, Variety Children’s Charity, and St. Jude Children’s Research Hospital.

Corey believes that Mobile Moviegoing is a gamechanger for exhibitors and that it will revolutionize the exhibition industry as it relates to a smooth contactless experience. Corey says “moviegoers will have the exhibitors cinema in the palm of their hands.”

Utilizing her 25+ years of software and back-end management, Keyo brings a well-rounded toolset to Mobile Moviegoing. She has spent the last 11 years with BeforeTheMovie®, providing pre-show services to exhibitors nationwide. Serving as the company’s President and Chief Operating Officer. Before joining BeforeTheMovie®, Keyo worked in upper-level management for a publicly traded software company that provides security and financial software to companies around the US. Her commitment and dedication to her clients is what has propelled her throughout her career.

Past and present, Keyo has served on numerous boards and been involved with several charities including Solano Coalition for Kids, Solano County Junior Golf, and Bellevue Schools Foundation. She continues to chair various fundraising events.

Keyo is also a stock holder in movie theatres in CA.

Building on a 20 year background in the cloud computing and software engineering space, Jarrett was tasked to lead our development team. With expertise in Unix and RDS Administration as well as extensive experience as a full stack LAMP developer, Jarrett’s unique approach to problem identification and solving has allowed Mobile Moviegoing to develop a state of the art SaaS platform that enables independent theatre owners to take control of their digital presence.

After completing his formal studies in 2000, Jarrett started a boutique software design firm where his clients included Midas Muffler USA, Rogers Telecommunications Canada and Aveda just to name a few. Following a a successful 15 year career, Jarrett joined the Before The Movie® family as an in-house technology consultant shifting his focus to the serve the needs of the independent motion picture exhibition industry.

While not buried in continuous education materials or reviewing and enhancing source code for the Mobile Moviegoing platform, Jarrett enjoys spending time with his growing family on the shores of Georgian Bay in Southern Ontario Canada, home of our Canadian Headquarters.

Amber worked in the medical field for many years before joining our industry. Amber has a bachelor’s degree in Business and Human Resources. She utilizes her organization skills and her strong customer service record to assist in the day-to-day operations while working diligently with her team to ensure that all clients have a great experience.

Amber, her husband, and two children love to spend time outdoors. They love being on Lake Shasta houseboating and going to concerts together.

Are you tired of being held hostage by the massive ticketing aggregators whose primary function is to serve their stockholders? These “ticketing silos” entice your moviegoers to join their loyalty programs and then reward the moviegoer by giving them perks to your competition.

Aggregators are necessary but, you need a ticketing strategy that serves your best interests. YOUR OWN BRANDED CUSTOMIZED AND CONNECTED WEBSITE AND MOBILE APP for online and mobile ticketing, concessions, eGift card sales with integrated loyalty & rewards.

In addition, CINECA$H™ is the industry’s first and only in-app and on web digital currency allowing users to instantly transfer CINECA$H™ between family and friends. This cash can ONLY be spent at YOUR theatres!!!

Rest assured that your guests will have an uninterrupted digital experience while accessing either component of our state-of-the-art digital platform. Our network boasts a 99.98% uptime which is possible only because of our high redundancy network architecture powered by AWS’s world-class infrastructure.

Once your circuit is onboarded our inhouse design and production teams go to work on creating the highest quality marketing support assets. Everything from one sheets, point of purchase materials, window and door clings, floor graphics and high quality on-screen ads, will ensure your mobile app launch is a complete success.

All of our websites and mobile apps are WCAG v2.1 Compliant

All of our websites and mobile apps include the #1 accessibility solution for ADA and WCAG compliance. We don’t just do it to be compliant, we do it because it’s the right thing to do.

Ready to take your theatre website and app to the next level?